The Thessalonians were a new church, doing well in difficult circumstances, but needing instruction in some areas of how to live as Christians, and struggling with what hope in the future coming of Jesus looks like.

The world has gone mad! Or so it seems. Can a Christian faith survive, let alone thrive in our world today, waiting for Christ to return and make it all right again? What does such a faith look like? And what kind of church does it take to sustain that vision?

like these. First Thessalonians is likely the first letter Paul wrote to a church – most scholars today date 1 Thessalonians to A.D. 49–51, early in Paul’s 18-month stay in Corinth during his second missionary journey (Acts 18:1-18). Consequently, it provides one of the earliest windows on the early Christian church grappling with living in a fallen world. It also brims over with Paul’s affection for the young church and his delight that they are ‘standing firm in the Lord’ (3:8).

Like other letters in the New Testament, Paul responds to particular circumstances that are different from ours today. However, Pauls’s inspired writings draw on the larger biblical story of what God has done and will yet do in Christ carries significant implications for our circumstances. So the better we understand the background and the context Paul was writing into, the better we can make connections to our context today.

The story 1-2 Thessalonians begins with Paul’s second missionary journey in A.D. 49. The initial purpose of that trip was for Paul and Barnabus to revisit the places they had initially traveled to in modern-day Turkey. However, due to an argument concerning the suitability of taking John Mark with them again (due to his early departure on the last journey), Barnabus took John Mark to Cyprus while Paul chose Silas as his companion to revisit the churches that had recently been planted (Acts 15:36-41). Paul soon added Timothy to his team when he arrived in Lystra (Acts 16:1-5), and it would be this group Paul, Silas, Timothy, who would be involved in Establishing the church in due course in Thessalonica (1 Thess. 1:1).

As Paul is gathering his team, he is still in Asia, and it is only when he has a vision of Macedonian pleading with him to come over and help (Acts16:9) that he responds by setting out to sea to arrive in modern-day Greece. The area he arrived in was the long coastal strip that formed part of Macedonia, which included cities such as Philippi (Acts 16:11-40) and Thessalonica (Acts 17:1-9). Following these visits, they headed south and included Athens and Corinth’s major cities in their itinerary before eventually returning to Caesarea and Antioch to conclude the missionary journey (Acts 18:22).

Returning to Luke’s account in Acts of the time spent in Thessalonica, we can immediately see that it corroborates what Paul says in 1 Thess. 2:2. The visit to Thessalonica followed a time in Philippi where Paul and Silas were imprisoned, though, at the same time, the Gospel had flourished. Upon arriving in Thessalonica, Paul immediately went into the Jewish synagogue and began to share the Gospel despite his previous experiences of persecution. Overall, this ended up being a short visit, probably about three to four weeks, as indicated by three sabbaths mentioned (Acts 17:1-3).

Nevertheless, this short visit proved to be an impactful one. At many points in 1 Thessalonians, Paul can remind them of his teaching during those few weeks by saying “you know” (e.g., 1 Thess. 4:2). Similarly, Paul had also apparently found ample time to teach about the personal return of the Lord Jesus Christ (1 Thess 5:2), and much more. Most likely, Paul wanted to stay longer, but due to opposition from a mob that caused a riot in the city endangering Paul and his companions’ lives, they needed to flee. They were smuggled out of the town under cover of darkness (Acts 17:10) to continue their journey. Remarkably, despite this short visit, a church was left behind that comprised many Jews, Greeks including some prominent women (Acts 17:4) who were persuaded by the Gospel. The church was born by the power of the Gospel.

Though the church gets off to a good start, it will need to be nurtured to stay the course. This is first of all true because the church is young and is without its founding pastor. Second, it is a church that, right from the start, is facing persecution. Together these two factors help us understand why Paul is writing his letter to the church.

The occasion for Paul’s writing is, having not heard any news from the church, he sends Timothy to check in on them from Athens where they were staying (Acts 17:16). In due course, Timothy returned to Paul with encouraging news (1 Thess. 3:6), and it is probably following this that Paul writes the letter we know as 1 Thessalonians. In the letter, he expresses his sincere joy over their spiritual flourishing, his encouragement for them to remain steadfast under the pressure of persecution, and motivation to stay faithful in light of the imminent personal return of the Lord Jesus Christ.

1 and 2 Thessalonians give us a model to follow, in Paul’s own commitment and service to the people of God; a vision for the church, in the call to live distinctively in everyday life; and a reaffirmation of our faith, in the foundational truths of the gospel of Christ crucified, risen, and coming again.

Watch a video overview of the letters to the Thessalonians, made by The Bible Project: 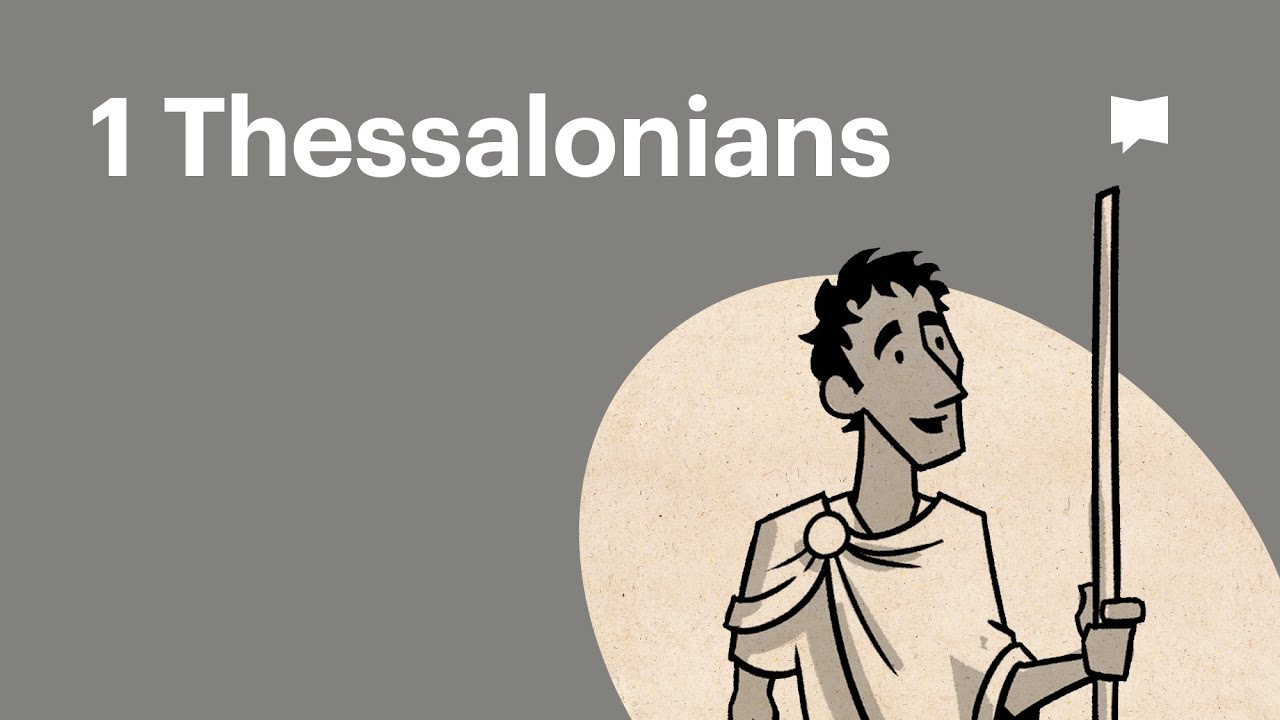